The first time I saw it, I knew I was home.

As a single mom, I never set out to buy a home. I certainly didn’t feel financially ready for such a big purchase. Yet my hands were tied. If I didn’t do something quickly, my three children and I were going to be homeless.

The home that I had been renting from my parents had been sold, and I needed a new place to live before June 1st. Initially, I hoped to find another rental home, but the rural area where I was living had nothing to offer. I had been checking every listing every day for close to two months, as well as calling anyone I could think of who might have a lead on a home for rent. Nothing.

It was now early April. Time was running out. I needed to make a move … soon. But I had no idea of where to look. I was fresh out of ideas. The only option that seemed to be available was moving to a larger city, away from my job and the security of living near my parents. And I desperately didn’t want to do that.

And then my brother suggested buying a house. The very thought scared me, but with his encouragement I cautiously went to see his realtor. The realtor was friendly and warm, and took the time to share with me how even with my one-income budget I could afford to be a home owner.

Nervously, I finally said, “Well, there is no harm in looking around, is there? So let’s go see some houses.”

Carefully, I chose three houses to go look at with the realtor … but there never was any other choice. One look at the photo of the little white house in her binder and I was in love.

Built in the early 1930’s, this home was full of character and charm, and I instantly felt at home from the very first moment I put my foot inside the door. The floors were hardwood. The ceilings were 10 feet tall, with original transoms over the doorways. The kitchen was outfitted with a Butler’s pantry. All over the house were pocket doors. In addition to the three large bedrooms, there was an office that had floor-to-ceiling bookshelves and a glassed-in sun porch.

I knew I wanted to buy the house, but I was nervous about making the final decision to go through with it.

“Take your time. Think about it; pray about it. And when you are ready, give me a call.” The realtor gave me a warm smile as she shook my hand and we parted ways.

That was on Tuesday evening. Two days later, I brought my dad and mom by to see the house and get their opinion. After getting a brief tour, we stood in the yard under one of the large shade trees watching the children as they played nearby. My mom was the first to comment. “It’s really lovely, Paige. I can’t think of a reason why you shouldn’t buy it, but it needs to be your decision.”

My father agreed. “After all,” he said, “You will be the one paying the mortgage.”

Part of me had hoped they would tell me what to do. Part of me was glad they didn’t. Even though decision-making has never been my strong suit (just choosing a restaurant can at times be a difficult task for me), this decision was still mine to make. And even I knew that I needed to make the final decision for myself.

My  kids and I only lived there for a year and a half … but we did a lot of living in that time.

There were six birthday parties and two Christmases and a couple of rare Louisiana “sneaux” days.

I bought a drill of my own, and learned to hang my own curtains.  Always before, someone had hung curtains for me, but in this home I proudly hung the curtains for myself.

(Some day, maybe tomorrow, I’ll share the story of how God told me I was not allowed to complain about my feelings of being unsettled when I wasn’t settled enough to even hang up a few curtains.)

and added a shelf above my washer and dryer.

And then there are my two special memories from my little white house on the big corner lot.

The first one was the day I discovered the blueberry bushes. Oh, finding those blueberry bushes was like this enormous hug from God because I’ve always wanted to have a house with blueberry bushes in the back. When I bought the little white house, I didn’t pay any attention to three big bushes on the side of the house … but about two weeks after I moved in, I discovered them. Huge, enormous bushes, covered in the most delicious blueberries I’ve ever tasted. No doubt, it was God’s way of telling me He loved me. (Perhaps one day I will blog about my special love for blueberries, but that probably won’t happen tomorrow.)

And the second memory I love is how Jon and I shared our both our first kiss and our second first kiss in the living room of this house. (Now this is one story I’ve blogged about before. If you haven’t read it, you can get all the details here … but sorry, there is no photograph to go with that one.)

I married Jon on the last day of 2010. Two weeks later a moving truck took all my belongings out of my little white home, and a renter took my place.

For four years, I’ve been renting my house. Mostly I’ve hated being a landlord, and that’s not at all because of the renters. Mostly God has granted me good ones. No, I hate renting out my house because I’m ultimately still the one responsible for the property.

My dad used to help us with the management of my house, serving as my property manager if you will. But after his death 3 months ago, Jon and I have had to take all of those tasks. And it quickly became clear to us that the house was like a millstone hanging around our necks. Instead of a pleasure to me, my sweet little house on the big corner lot has become a burden. It simply too much of a struggle for Jon and I to manage the upkeep of that property.

We discussed whether or not we should put the house on the market, but I didn’t want to run off my renter and end up trying to cover two mortgages. It was hard to know what to do, and honestly I felt stuck between a rock and a hard place.

This morning my current renter called. “I’m giving you my 30 days notice,” she said. “I’m moving somewhere else. I’ve loved it here, but it is time for me to move on.”

And I’m wondering if it is time for me to move on as well and let go of the house I love.  As much as I knew the first time I saw it that this house was meant to be my home, deep down I know that I’ll never live there again.

I’m ready … ready for whatever God wants, whether it is bringing me a buyer or finding me another renter. He knows and I can trust He has this under control.

But just in case you wonder which way I’m hoping God choosing to work in this situation, there is a nice white house on a big corner lot for sale in rural north Louisiana. 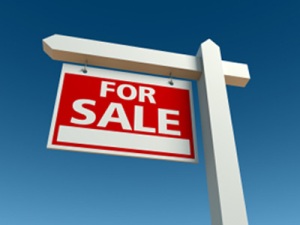 If you’re interested, I’ll be happy to make you a great deal!

4 thoughts on “House for Sale”